Solicitor spends hours on a call for update on abuse injunctions

A solicitor spent a total of two-and-a-half hours in one day waiting on the phone to the courts to get an update on two emergency applications for domestic abuse injunctions submitted 24 hours earlier, the Gazette has been told. ‘That’s just one member of staff from one day. I’ve got 10 staff,’ Jenny Beck, director of London family specialist Beck Fitzgerald, said.

Since the country went into Covid-19 lockdown, Beck’s firm has been doing around 10 injunctions a week for people in ‘perilous situations’. Beck said domestic abuse victims were at greater risk during the lockdown. Tensions are heightened and victims are unable to leave home to stay somewhere else. The firm has been open until 10pm during lockdown because ‘there’s a chance that [the alleged perpetrator] is collapsed in front of the TV and the children are in bed’.

One of Beck’s team issued two separate ex parte non-molestation orders this month and had to chase the courts for an update the following day. The first application was transferred to a different court, which the solicitor believes she would not have known about had she not called the first court. In the second case, the solicitor was eventually told that it could take up to three weeks for the matter to be listed. Beck said ex parte applications should be heard on the same or following day. 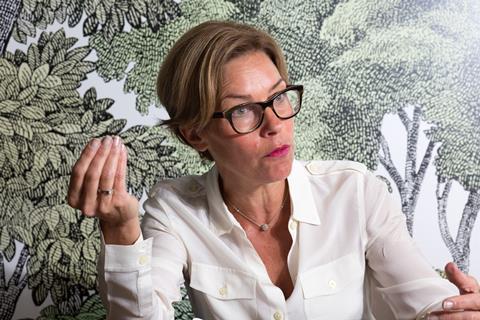 Beck added that the process for applying for a domestic abuse injunction is complex for a lay person to navigate and urged the government to remove the legal aid means test so that anyone who says they are a victim of domestic abuse can get help from a solicitor. ‘We had someone phoning from her toilet. She had 15 minutes in which she felt safe to talk,’ Beck said.

The Ministry of Justice has changed evidence requirements that need to be satisfied for domestic abuse victims to qualify for legal aid during the pandemic. An additional £2m will support domestic abuse helplines.

Beck said the funding was insufficient and could be targeted better. The administrative process for getting people safe is ‘falling short’.
Removing the means test would enable victims to get a lawyer ‘who can take minimal details from them and get them straight into an efficiently chartered process for their application to be heard expeditiously’.

The Law Society said the government’s improved legal aid support for vulnerable people, announced yesterday, was an ‘important step in the right direction’.

However, Simon Davis, president, said the lockdown has left many domestic abuse victims trapped with their abusers in increasingly volatile situations and many are navigating the legal process unrepresented. Echoing Beck, he said non-means tested legal aid would allow all domestic abuse victims to access legal support. He added that evidence requirements should be relaxed further so that solicitors can certify that an individual has experienced domestic abuse.